The buttons in this sections toggle the indicators in the 3D viewer. You may see the floor grid, the world axis, the dummy, the shadow, the wire frame, and the bounding box of the selected objects. 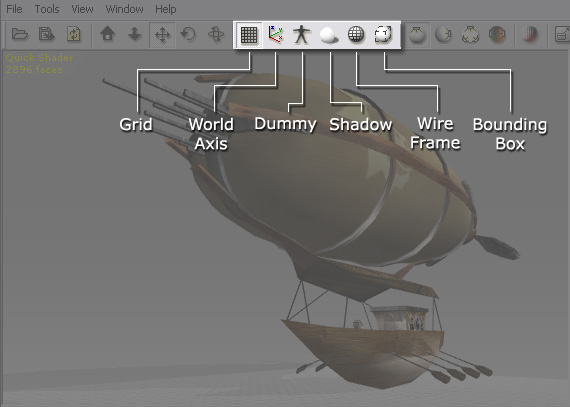 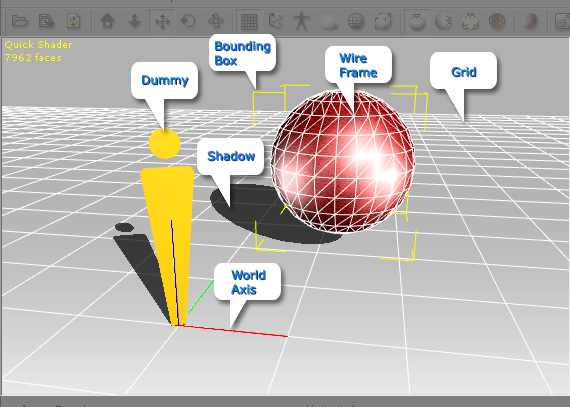