In this section, we will describe the components of a node with illustarions. The name of these components can be seen through out of this document and lots of the 3D softwares.

A vertex is a point in the 3D space. When two or more polygonal faces share one single corner, this corner is also a vertex for all of them. 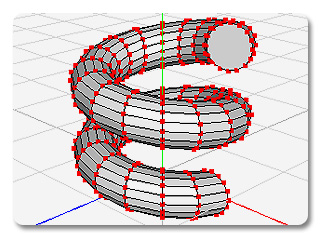 Vertices of a node (points in red)

When three or more vertices are linked by edges and form a close space, the space is called a face. 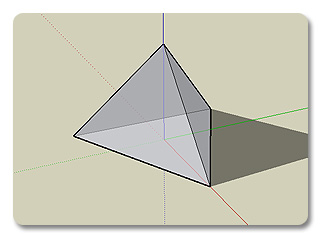 Pyramid formed by 4 faces, each face is a shape of triangle.

A mesh contains a collection of polygons, which can be of different types (Triangles, quads, multi-sided). 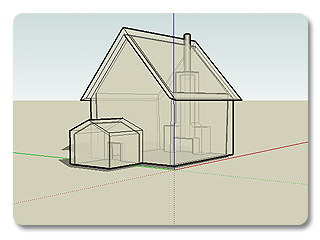 A pivot is a specific position used as a reference for the transformations of objects. Every object or a group of objects has a pivot point that can be moved relative to the object. It also known as “center” in some other 3D software.

It is a coordinate system to define the locations for projecting a texture map onto an object.